Last April, I already told you about the excellent blog Modern Mechanix.

I'm coming back to it today, as a rare document has been added to it, especially interesting to us, old VWs lovers... A scanned article from the May 1945 issue of Popular Science : the US people was discovering the KübelWagen! 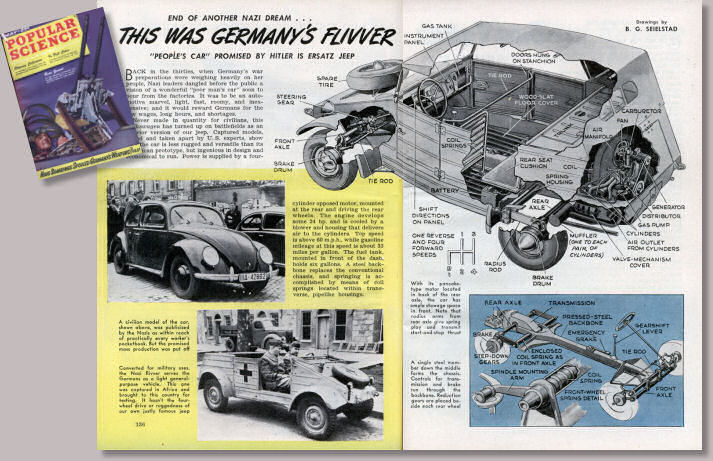 This article mentions a document from the US Army, comparing the features of the Kübel to its american equivalent, the Jeep. Here, it's said that part from its "ingenious in design" and the fact that it's "economical to run", the VW Type 82 is way inferior to the Jeep. But we are in May 45, the war is barely over in Europe, and will totally be finished only 4 month later : propaganda...
We'll learn much later that this comparison done by US experts was not that bad, they actually praised its design and abilities...