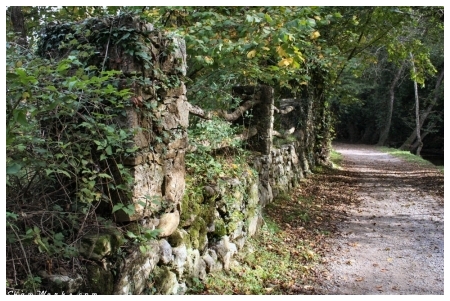 /div>
October 2006, 2 pictures taken on the Sentier de la Brague (Path of the Brague)...
The surprising thing is that this so peaceful place, this little nature's jewel, is right in the heart of Sophia-Antipolis, surrounded by hi-tech companies, 10 minutes walking from the road and the Air France headquarters! 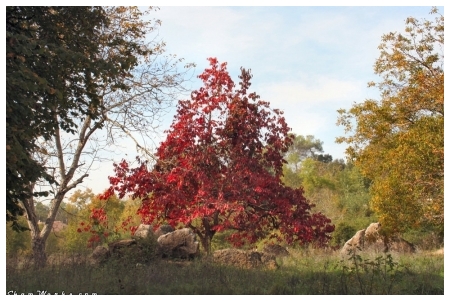 This is just a marvel of quietness, a path following a little river - populated with trouts, i.e. not polluted! - a bright red lone tree in a field, a low wall which has probably been mounted more than a century ago...
9 kilometers of calmness (around 2h30 walking end-to-end), between Biot and Valbonne, a must see... 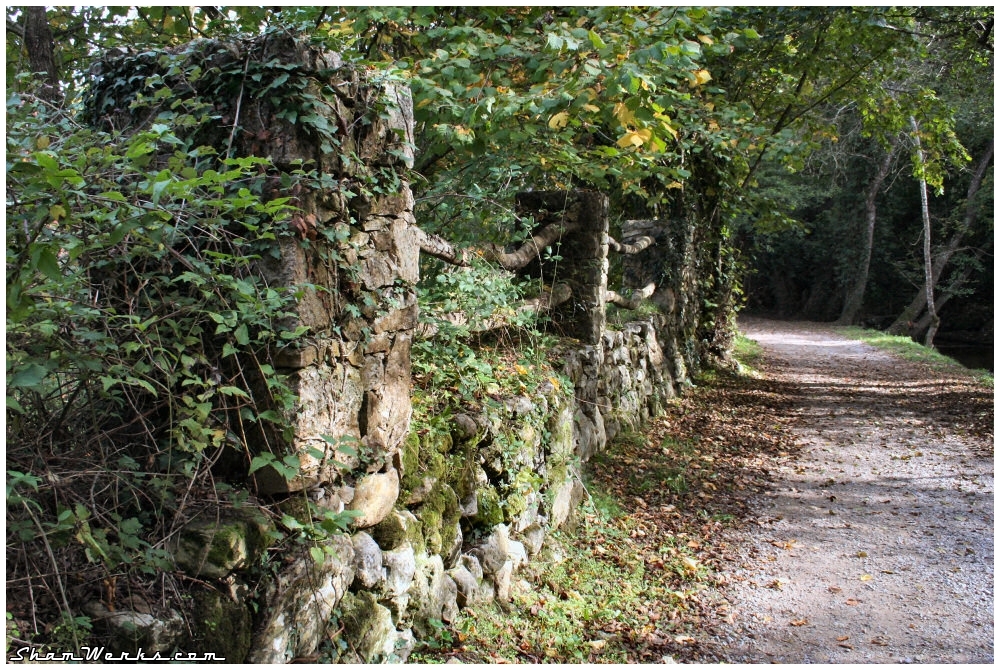