Engine Swap!
If you're a regular on this blog, you've already heard about "Krapo Bleu" (that would translate as "Blue Toad"), my daily driver for almost 19 years now (ouch, I'm not getting any younger, am I?) : a 1988 Golf Mk2, edition 10 Millionen (or "Champ" for the French market).

As I said in my November 2013 article, its angine was starting to seriously wear out (270.000km... and I'll have to admit, I did not always take good care of it!), eating more and more oil (like a liter a month!), used to leak water, overheat... It was high time to do something about it, and finally take care of my "old friend" that helped my so many times, before I actually end up stuck on the side of the road with a broken engine.

After spending a year looking for the right engine, I finally found in may 2014 a block on LeBonCoin (the equivalent of Craig's List in France), for 200€. It wasn't that easy, as several times people tried to sell me broken engines, with broken timing belt (the valves-in-pistons kind) or blown head gaskets...
This engine is strictly identical to the original one (OK, I know, therefore the term"engine swap" may not be appropriate : sue me!) : 1.8L, 90hp, Pierburg 2E2 carburetor, but scoring "only" 130.000km (barely broken in, right?

). Enough to give my old car a breathe of fresh air. 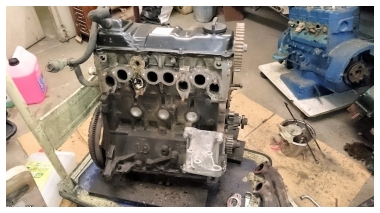 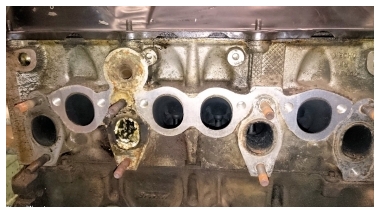 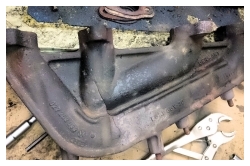 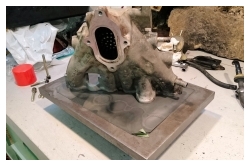 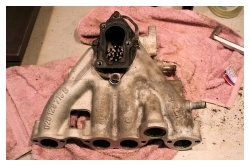 This engine will wait a little over a year before I finally get some time in my hands to get it in the car.
I've used that year to completely clean the engine, changed lip seals and head cover seal, etc...

It's already July 2015 when I head up to Laurent's (Dangerous) to use his hoist, car lift and roomy workshop (which is a much easier way than using a jack in an underground one car garage!)

So there I go, starting with removing the whole front mask of the car, all the accessories, strapping the gearbox... And the engine comes out easily(-ish)! 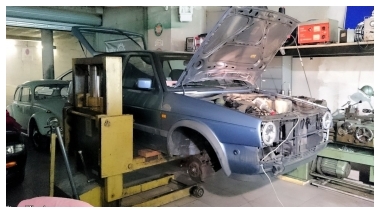 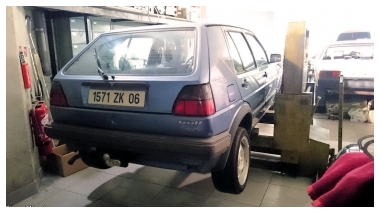 At this point in time, my Golf has its engine out, my Beetle's 36hp is still not finished, and the Karmann's engine is not even closed yet... Not very reassuring!

With the engin out, I had room to clean the whole engine compartment from the 27 years of stratified gunk.
Up to this point, everything's going as planned ; with a bit of organisation, it's even simpler than it looks.
Now is time to get the new engine in (after I transferred on it the carb, clutch, flywheel, exhaust manifold, and a couple of things more) : it goes pretty swiftly, except for the exhaust clamps that are a PITA to install when you don't have the specific tool. Nothing a ratchet strap can't fix, though (#ratchetstrappower).

And... That's when things went sour... Argh, why is nothing ever simple!

1st start : the engine starts right on, that's the good news! In the other hand, an heavy water leakage appears on the side of the engine, Bellagio fountains like. Probably because the engine got a shock while being stock or transported (that's highly probable, I had nothing to strap the black in the rental truck, it was a bump ride!)...

I've been told that "when you've got a mechanical problem, the best solution is to do mechanics" (is it Confucius or Plato, I can't remember?) : we get the head out, and put it on the mill, fearing it may have warped. The joint plane is cleaned with only 12/100th of mm, so no, the head was fine, and it can go back on the engine with a new head gasket. Let's give it another try! 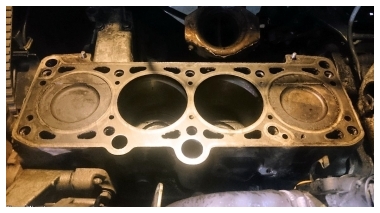 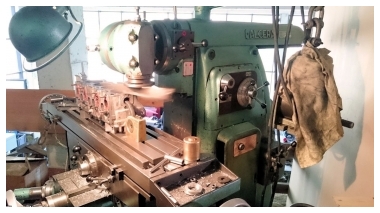 2nd start : this time, the intake manifold leaks water (water goes through it to heat up the carb)... It's not the Bellagio any more, but still a solid Manneken-Pis.
I take the intake manifold out, order new gaskets, reinstall everything with sealing compound, making sure it's tight...
I'll have to admit, from this point on, I took way less pictures, I was too busy to play the paparazzi!

4th start : the manifold is not leaking anymore! Alleluia!!!
But now, I have a water leakage on the side of the block, behind the timing belt cover... Once again, we remove the distribution, to find out it's a bloody core plug! Has anyone seen this before?? It's not an heavy leak, more like a fast drip, but still...
So we find a new core plug, extract the old one, install the new... And here we go again. 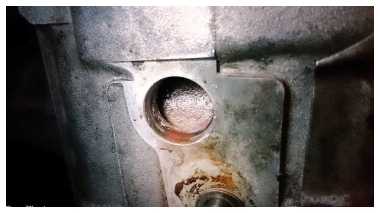 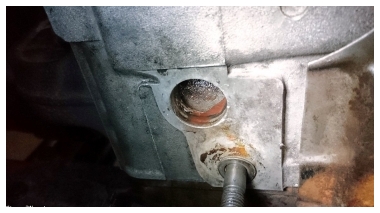 I mean, not much, a slow drip, but it's leaking nonetheless. It didn't like being taken off... Classic.
Long story short, I order a new radiator, purge the coolant for the Nth time, replace the radiator....

6th start : IT IS NOT LEAKING ANYMORE! At all! Woooohooooo!!!
I was about to call that car "Pissing Bitch" instead of "Krapo Bleu"!

In the end, the operation that was supposed to take us 3 days took 3 weeks (counting the ordering parts back and forth). Oh joy!
A huuuuuuuuge thank you to Laurent/Dangerous for his help, his time... And his workshop that I made a total mess of pouring so much coolant everywhere!

As you can guess, I still had some work to do after this, as the bloody Pierburg 2E2 carb never misses an occasion to act up... It was working perfectly before, but it has a few hiccups : some air intake (even though the flange is brand new), the choke doesn't work any more, etc...
In short, it needed a bit more tinkering around to get it to work neatly : changed the choke dilatation element, put a thin film of sealing compound on the carb flange, changed the head cover gasket that was leaking oil (it was brand new too...), replaced the 3 temperature probes...

But here it is, finally! Working as if it was new! Well, almost! 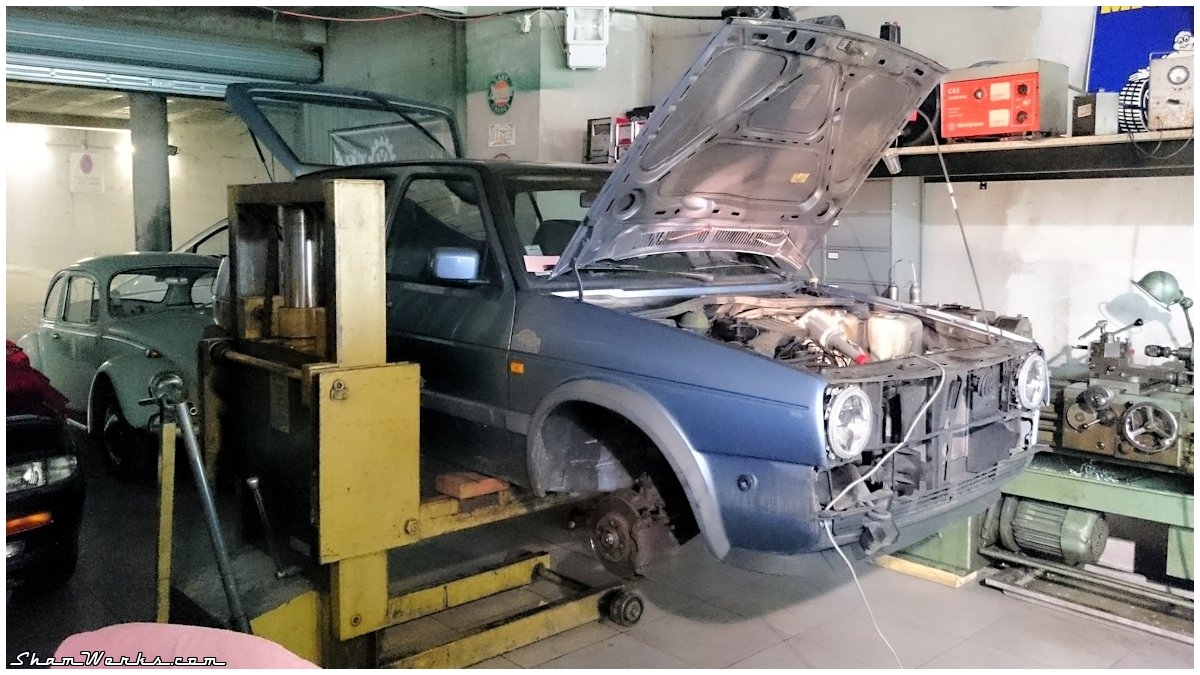