Here we are, the papers are done, this bike officialy belongs to me!

As a first step, I took it back home on my terrace... I already restored my Lambretta's engine on my terrace, my neighbors are used to this kind of stuff now!
Well, next time I'll think about emptying the gearbox before disassembling the left carter : half a liter of smelly oil on the tiling... 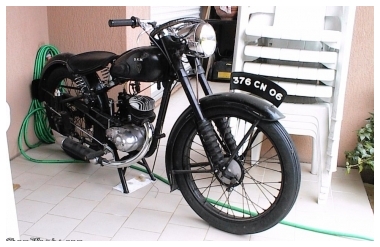 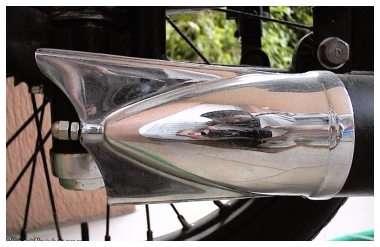 First step, restoring the carburetor.
It is a 17mm Gurtner, finally in pretty good condition. A deep cleaning of each of its parts will be enough to give it a new youth...
This is a very rudimentary carbie, as there's not a single setting on it!! The starter is just a metallic plate to close the air intake, the only "setting" being the throttle cable tension, which arrives directly on the carbie.
A push button on the left forces the fuel intake by pushing on the float.
17mm for a 125cc... This thingy won't be a dragster! 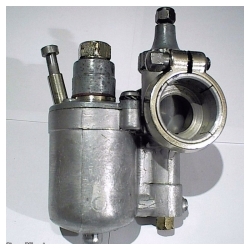 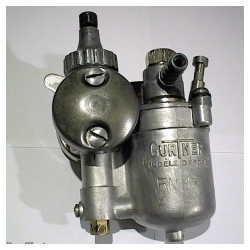 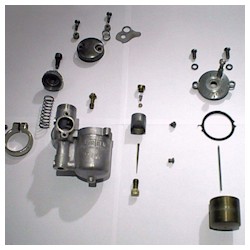 The contact key goes into the small box fixed onto the carter, right below the saddle. It has 6 different possible positions : :
Aren't those Germans good?? They already thought about a way to drive directly the current from the magneto to the coil to avoid being stuck on th road side...
I'm impressed... So many refinements on a 1954 bike... 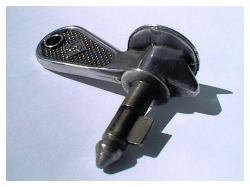 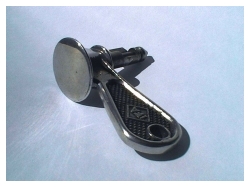 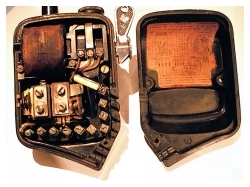 Top picture : the electrical box insides. It's branded "I.K.A", and still contains the electrical wiring schema inside its top cover... But still in German, argh!

ou can see the key inserted on the box's side... This box contains the key contact (top right), the high tension coil (top left), and a relay (bottom left), which looks like redressing the alternative tension delivered by the alternator.
On the top left, we've got the HT output (towards the spark plug), and the charging control lamp. This lamp must go off when the engine runs...

Two next pictures : deep cleaning of the fuel tap... Hard to get it fuel-tight!

Bottom picture : a little aesthetic thingy... As the electric wiring is visible on the frame, I did it with black wires only... But with only black wires back to the electric box, sounds like a nightmare!

So I painted (modeling paint) the last centimeter of each cable with a different color, while noting down each correspondence! From the aesthetic point of view, this is perfect, as once the box is close, we can't see anymore those painted tips... 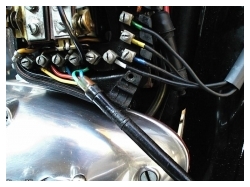 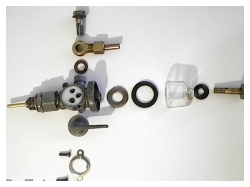 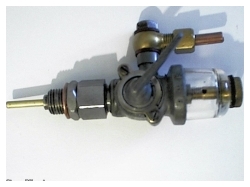 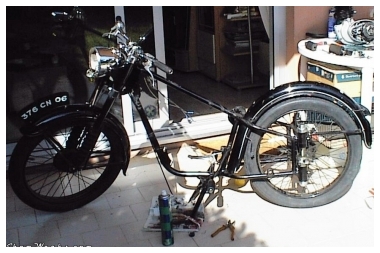 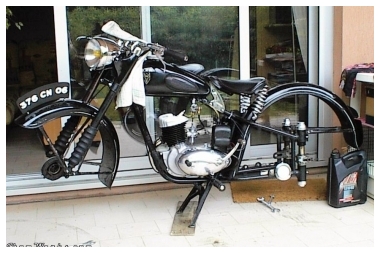 The last run!
The tires were pretty difficult to find, which put me late... Indeed, 19" tires are not that usual any longer!
Finally, this will be 3.00 X 19" (ref. D404F) 'made in Japan' Dunlop that will be mounted, with the main drawback to be higher than the original ones. So I had to make to aluminium small plates to raise the mud guard by 25mm, unless it did not work...

Originally, there were a small box for the battery... Unfortunately, I don't have it, so I made one out of plywood. Yeah, yeah, I know, plywood on such a machine sounds like a deadly sin, but I can't wait riding it! And at the end of the day, the result looks pretty cool after 2 black lacquer layers (see 3rd pic)... 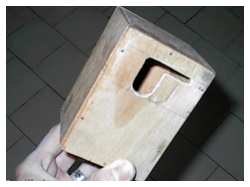 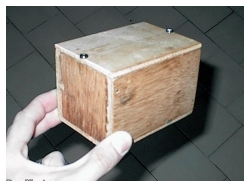 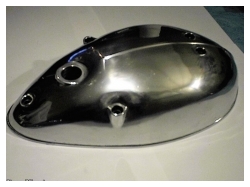 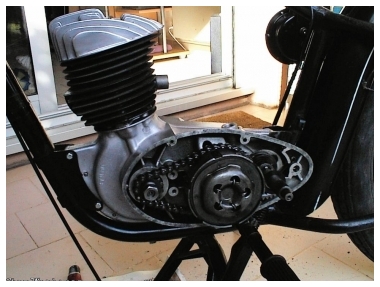 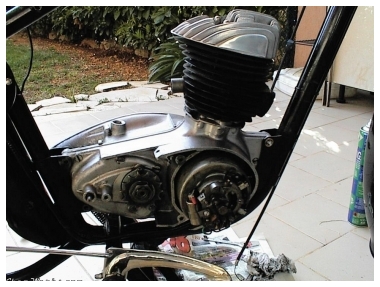 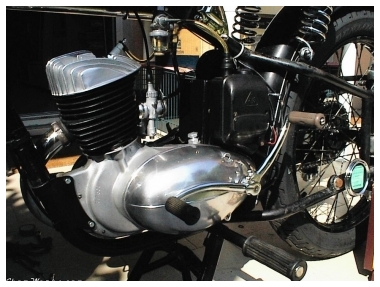 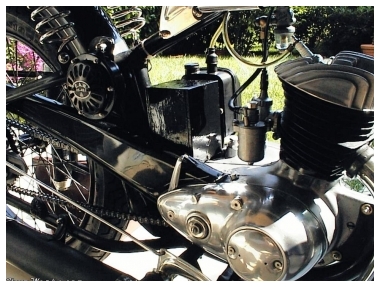 Here it is, time for the first test drive!! I changed the clutch cable for a Teflon©-ized one (see local sports shop for mountain bikes cables). It's way more easy to use, mounting without grease... Enjoy!
I changed the transmission chain for a new one. I even managed to make the original horn working after 15 mounting/unmounting processes!! 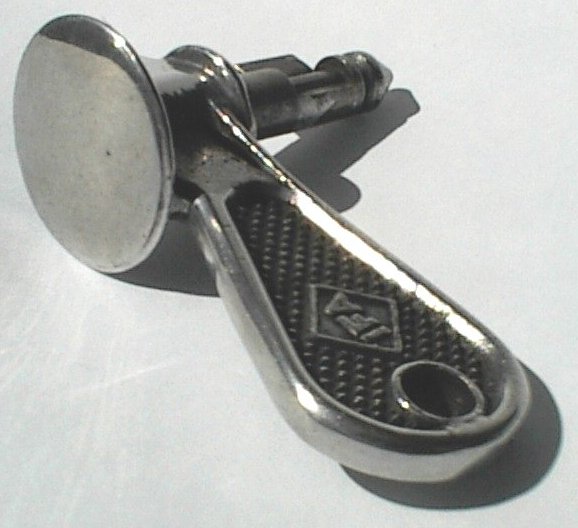