The mold / The shell

As I don't have the required skills to create the mould (and I was rather scared of screwin'up my master!), I call for help my friend Seb, of DinkyGarage, who's job is fiberglass stuff...

So, this is a 5 pieces mold that Seb built out of my master (which won't survive the operation : R.I.P!).

The numerous grooves (doors, hoods...) obliged us to multiply the number of mold parts... Unless the removal from the mould would have been impossible...

Once the mold created, we still have to take a first shell out of it... December 2006, the very first shell comes out of the mold!
Here are some teaser pictures of the thing, the bare shell just put down on 4 karting rain-tires equipped wheels, which I will use to motorize it :

I'm more than happy of the result... There's still a lot of work to come, but Seb obviously made a great job... Many thanks dude!

OK, the shell is out, let's make a chassis to put under it! 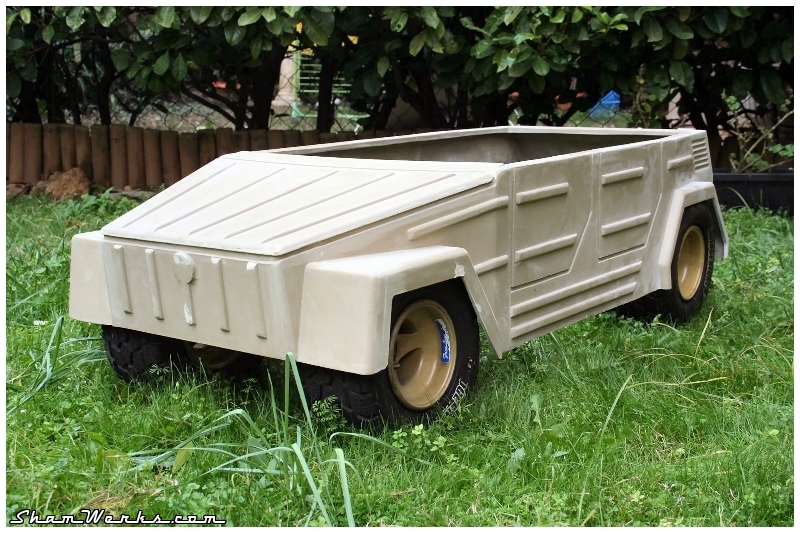