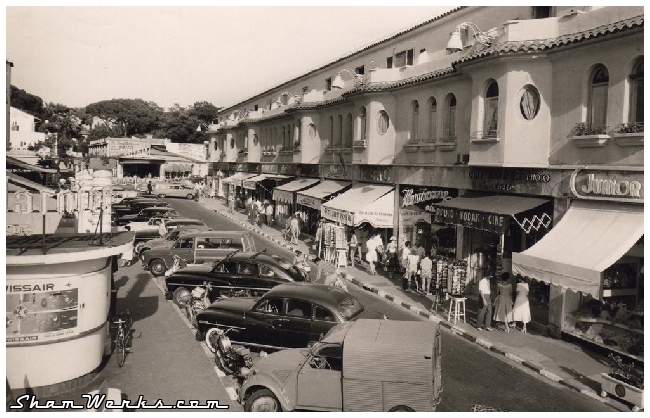 I love those old pictures... Here are 2 postcards found on eBay, both written in May 1959.

This street is almost identical today, but the atmosphere has changed... Obviously, cars are not the same, but above all Third Millenium tourists are way more soaking of solar cream and silicon, and wants more out of his money... He becomes more and more demanding, which draws him not to respect the environment anymore (already highly impacted in the area), treating everybody like sh...

As a fair return, local restaurants, making their annual revenue over 2 months, are proposing not-that-fresh meals, as they don't need the client to come back later... One way or another, the client won't come back anyway!

That's sad, that's very sad.
Architecture is still the same, but the spirit is a bit gone... Strange feeling to miss a period I did not even know myself, uh?

Click on the pictures to see them full size... 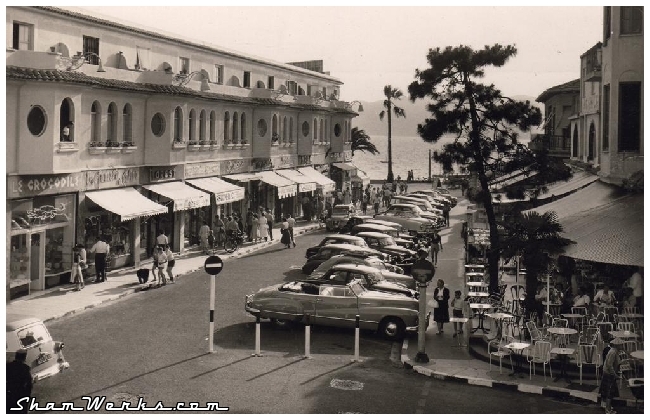 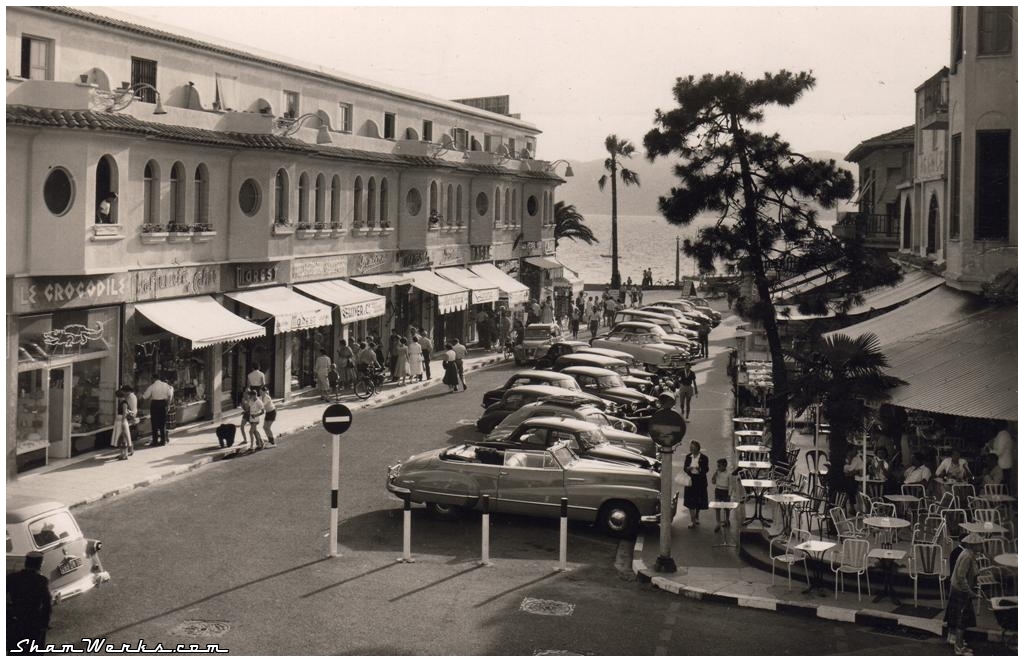