That's it, the little picture with the white border, that you were frantically shaking while blowing on it, to reveal faster the image (which is useless, actually)...
The all-digital revolution had to go though this : February 2008, Polaroïd closes the last factory which produced the "Pola" films in the Massachusetts.

So, make sure you carefully keep your old polaroïd photos, and try to imagine how you will explain what it was to your grand children in 20 or 30 years from now... OMG, they won't ever believe us.

If you really miss the Pola, you'll have an ersatz with this product... The rest belongs to History.

Just a little picture, shot by a friend of mine (Piet "Wüt Wüt" E12) a few weeks ago in Amsterdam... And which tends to proove I've got an homonym outta there, who knows what to do with a couple of sprays cans!

Humm, I'll try to find back my own graffs as well... Click on the picture to see it fullsize!

Soooooo classy... Many thanks, amigo! 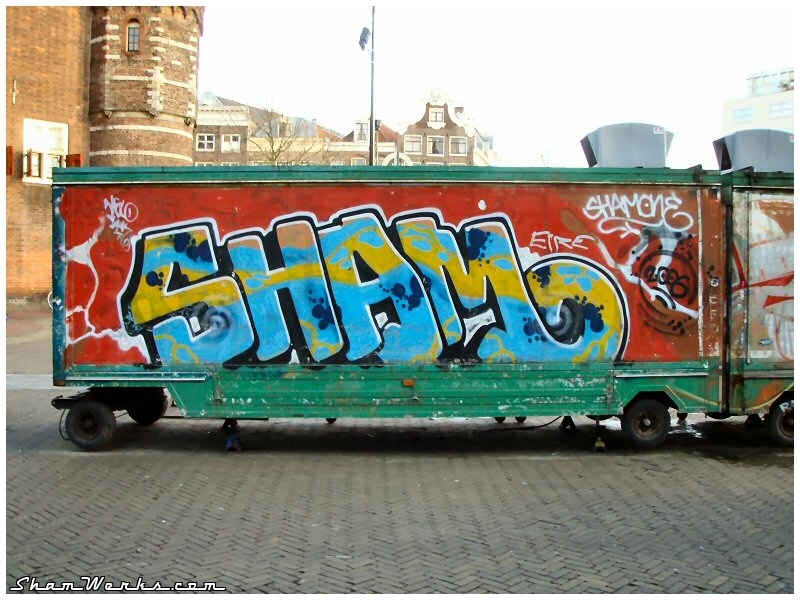 Here is one of the reasons of my absence on ShamWerks the past few weeks.

A fucking bunch o'keys, which makes me feel like I'm a prison guard... Aaah, old houses...

It's been long and difficult, full of surprises, but finally, I've got a roof above my head that I'm owner of... Expect lots of "deco" articles in the next months on ShamWerks!

New at-home, new internet connection, a bunch of articles ready to be published... This site should seriously wake up in 2008!

Merry Christmas to you all!

The 60th Movies' Festival of Cannes currently takes place just a few kilometers from where I live (well, to me it's more the Annual Botox, Silicon and Cocaïn Festival)... 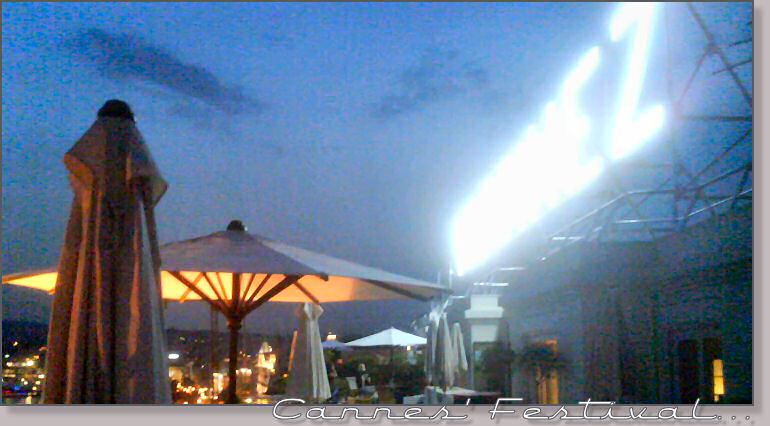 Usualy, I keep myself far from those places... But a very good friend of mine, working for a certain company that's worth it, proposed a night party paid by the same company... I couldn't miss such an occasion!
So, here is a picture I took from the top of famous palace of the Croisette... Enjoy it, having access to such a terrace, that won't be happening again in a hurry!

Thks for the party Flow!

Yeah, yeah, I know, I should grow up a little bit... And guess what, you see here only a small part of my collection...
Anyway, an hibiscus'd Hawaiian shirt, a coconut and Elvis as musical background, I can't resist : Lilo and Stitch is a reference to me, I saw it tenth of times! Plus, they look very decorative to me those Stitch, on my rack...

Finally a Walt Disney without any crappy music to hurt your ears : the King sounds way better...
Ohana! 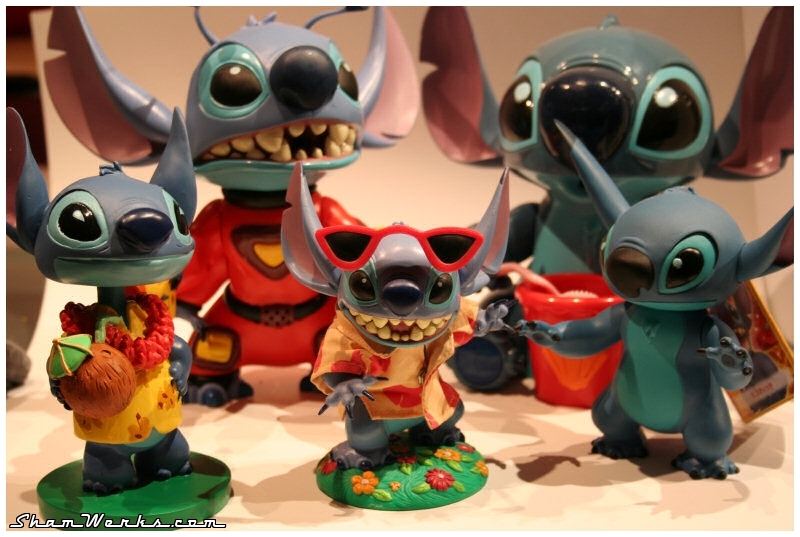